Web Sites by Phil and Neko 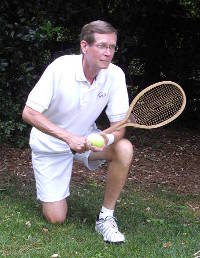 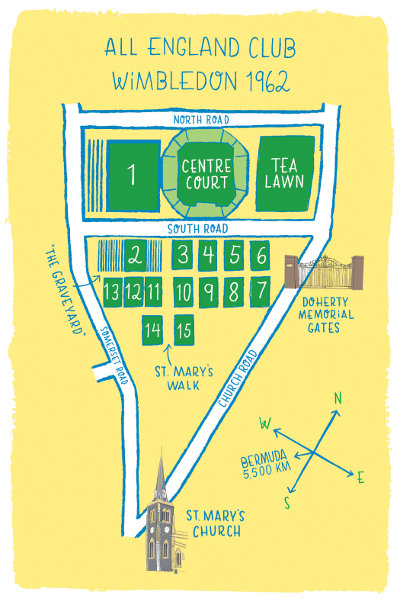 In 1962, the ground of the All England Club was 13½ acres tucked into a small triangle between Somerset Road to the west and Church Road to the east. The Club had only 16 grass courts, including Centre Court.

Centre Court then wasn’t at the centre of the Club’s ground; it was off on the north edge. So why was it called Centre Court? Because before 1922, when the All England Club was just off Worple Road in Wimbledon, the main court had been in the exact centre of the ground, and it was logical to call it “Centre Court.” When the Club moved to Church Road in 1922, but the new show court, with its 12-sided design by the architect Stanley Peach, was built on the north edge of the ground, it was still called, inevitably, “Centre Court.”

This is England, right?

From The Tennis Player from Bermuda